Cracow, one of the largest cities in Poland, formerly the royal capital city of Poland (see map). Through its history, Poland had three capital cities, Gniezno, Cracow, and from the mid-XVI century, it has been Warsaw. The Cracow old town is listed on the UNESCO World Heritage List. It combines Gothic, Renaissance, and Baroque architecture. Unlike the old city of Warsaw that was almost entirely destroyed during World War II and needed full reconstruction >>>, the historic town of Cracow is large and well-preserved.

To get to Cracow, we took a high-speed train from Warsaw. We spent the afternoon in the Cracow old town, enjoying architecture and good Polish food. We did not have much time, but we managed to make also a two-hour tour in the royal castle cathedral. We climbed up the stairs to the bell tower to see the city panorama, and at the close, Sigismund considered the most prominent bell in the country.

The royal castle, in medieval ages the seat of Polish kings, is located on a hill a bit separate from the old town center. So, you have to take an additional half an hour to reach it. We approached the castle hill to the left side, then entered the castle boundaries, went to the castle internal yard, and went back to visit the cathedral.

Below the castle hill. To reach the castle boundaries, we turned left.

Inside the castle boundaries. The building to the left is the castle cathedral. To enter the internal castle yard, we had to go alongside the cathedral to a gate (like most of the people on the photo) and then turn right.

Inside the internal castle yard.

On our way back to the city. Turning around to see the castle cathedral tower. To reach the place where we started our approach of the castle hill, we had to go to the left side of the photo.

The Castle Cathedral is a place were Polish kings had been crowned. It was also the leading burial site for kings and prominent Poles like national heroes and poets. One of the kings buried here is Jan III Sobieski, the one who led the Battle of Vienna, decisive for stopping the Ottoman Empire to conquer Europe in the Middle Ages >>>. The Cathedral itself is located within the Castle boundaries (compare photo above). It means to extend it (like to construct an additional chapel as a tribute to another king); one had to keep it small. The cathedral was originally Gothic, but through years it was extended with other architectural styles. So you can see Renaissance and Baroque architecture, too. The Cathedral is therefore different from those we can visit in other places in Europe. If you are in Cracow, do not confuse it with the Basilica located in the main square of the old town. That one does not look very impressive from the outside, but its interiors are worthwhile. They are also different from that you can see elsewhere (unfortunately, you cannot take photos inside).

Inside the cathedral belfry, there is a bell called Sigismund – the most prominent in Poland. Its ringing marks the most important events in the country. At present these are national days (3rd of May and the 11th of November), religious holidays (Poland is traditionally Catholic) as well as significant events for the country like anniversaries or funerals of prominent Poles.

The bell is called Sigismund after the king who commissioned it. It was cast in 1520, weighs almost 13 tonnes, and requires 12 bell-ringers to swing it. To see Sigismund that close, one has to climb a couple of hundred steep steps.

Many tourists come to Cracow on weekends taking trains or flying in. Many restaurants are offering traditional Polish food as well as many discos and night clubs. 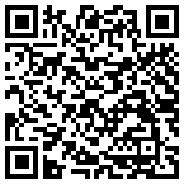