It looks very impressive when you approach it, especially if seen from the historical streets at its Northside. It is dominating the perspective. From far away, you can clearly see the enormous Gothic apse. And you cannot wait till you see how its whole structure is looking like.

You see the exterior of the apse with pinnacles and flying buttresses. On approach, you notice metal bars seemingly strengthening the massive structure. Getting closer, you see the impressive stained glass windows. The very decorative details of the Southern entrance are a real eye-catcher. It is not the severe early Gothic style, like in the case of the apse. The quick conclusion is that the builders started with the apse and the choir in early Medieval ages, adding later, probably during the Renaissance period, the opposite South- and Northside entrances. Nothing unusual, the construction of Medieval cathedrals was often spread over many years, even hundreds of years.

You get closer and closer, walking around the cathedral’s massive structure …

Where are the main entrance and the bell towers? Where is the nave?

Out of curiosity, you make the round and …

… instead at the main entrance to a huge Gothic cathedral, you find yourself at an entrance to a seemingly well-preserved piece of Romanesque architecture – a church dated probably at the Carolingian time >>>.

So, let us sort out the facts.

Churches build in past ages, mainly of Romanesque and Gothic style, had been constructed with the apse (the back part of the church, where the choir and altar are located) directed to the East. The main entrance was to the West. Hence the central nave was spreading from the West to the East. The apse of a French Gothic church had been of a round shape with a series of small chapels in its back (crown of the chapels called in French ‘chevet’).

The churches were built to reflect a cross shape. The central nave and the apse were crossed by the transept. The transept was spreading from the North to the South. In many French churches, the transept was short, not reaching far beyond the nave. The dome (if any) or a spire was built over the crossing of the nave and the apse with the transept. The nave was usually twice as long as the apse. The bell towers had been constructed on the Westside at the main entrance. The sun while rising was seen through the Eastern windows shining over the altar and the choir (within the apse), rounded the church from the South, and in the late afternoon while setting down was shining through stained glass windows placed over the main entrance on the Westside.

THE CATHEDRAL OF BEAUVAIS

The Beauvais cathedral consists of solely the choir with an apse and the transept. The nave seems to be cut-off. The existing Cathedral is altogether around 73 m long, with the choir of 47 m length. The transept is about 59 m long. The height is 67 m, with the vaulting of the choir reaching 48 m. If the rule of the nave being twice as long, as the choir was kept, the central nave should have been more than 90 m long, hence longer than the whole existing length of the present-day Cathedral…

With the Roman construction still kept, at least the part of it, at the Westside of the cathedral, we may quickly get to the conclusion the promoters and the builders did not make it. Yes, they did not.

The original Romanesque-style Basilica was build in Carolingian times in the second half of the Xth century. The decision to rebuild it into a Gothic cathedral was made in 1225. As the roof of the Basilica was of wood, it often caught fire. A fire-resistant stone construction seemed to be safer. The Basilica was cut off at its Eastern side to make a place for the new structure. The cutting off was carried out in three phases taking out the whole transept and altogether six bays of the nave. The remains of the Romanesque building were reconstructed in the XIX century, with some ancient Gallic elements taken from other parts of the city.

In the XIII century, the Romanesque Basilica was named the Basse-Oeuvre church to distinguish it from the newly built Gothic cathedral called Nouvel-Oeuvre.

With the choir and the apse (including seven apsidal chapels) constructed, the Gothic Cathedral was open for prayer in 1272. The original design of the choir was changed by a bishop, who wanted the cathedral to be the highest vaulted cathedral in the world. An extra 5 m of height over the choir was added. Twelve years after the construction was completed, part of the choir collapsed. Later on, additional pillars had been added to strengthen the structure, the technical design of vaulting was revised, but the revised height of the vault was kept.

The Hundert Years War and the siege of Beauvais by Charles the Bold halted the construction works for over 150 years. The war struggle caused only minor damage, so the works could have been continued on the transept. As much time passed by from the original Gothic concept (the XVI century just began), the transept was built in late Gothic flamboyant style (more decorative than early Gothic) as well as Renaissance style emerging that time. The works on the transept were completed in 1548.

It was time to build the naves. But the ambitions of the promoters were on something more spectacular. A decision was made to make the Beauvais Cathedral the biggest in the world. Six years later, an impressive spire of more than 150 m height was ready. Yes. The Beauvais Catherdal was indeed the highest in the world … for the whole four years. The spire had simply collapsed, destroying some parts of the transept. The spire was not rebuilt. The reconstruction of the transept consumed much of the funds envisaged for the nave. The nave and the bell towers were ultimately never built.

The cathedral was later devastated by a Calvinist sect during the reformation period >>> and subsequently heavily damaged during the bombings of WWII. Today you can freely visit the cathedral. While inside, you will notice some additional wooden and metal supports installed to provide for the structural stability.

The Beauvais cathedral is by far not the only one in Europe that was never completed. But in its case, it was not only a lack of funds, and war struggle that not allowed to finish the work. The promoters had sufficient funds. But at least twice the original design was changed in its core structure in line with the growing ambitions. By far, these were not only alterations in the architectural style. The changes made the core structure simply not resistant against additional burden. Parts of the cathedral collapsed twice.

If built to the end, the Beauvais cathedral would probably be among the biggest and the most impressive cathedrals in the world. 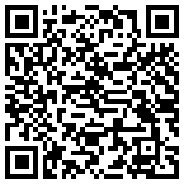