2019 By justmovingaround in Sightseeing Tags: Belgium, Brussels, Grand Place, house of dukes of brabant, the fortune, the hermitage, travel

The Brussels Grand Place is probably the most glamorous central square of Europe. It is surrounded by very representative buildings funded by numerous Brussels craft guilds. All of them are carefully decorated with busts, sculptures, reliefs, ornaments, and quite much gold leaf. Last month I spent maybe an hour, perhaps even longer on making solely detailed closeups. Now, I am having much fun in discovering the details and facts behind them.

There are thirty-nine houses in Grand Place. Besides the Town Hall, all buildings had been rebuilt from scratch, after a heavy French bombardment of 1695. As the city was very rich, the reconstruction of the square was completed only within five years. One of the most significant buildings is the so-called House of Dukes of Brabant. The name of the building derives from the busts of dukes of Brabant that decorate the facade. Duchy of Brabant was a historical duchy located in Low Countries. Today the title of the Duke of Brabant is only a dynastic one with no lands associated with it. However, the title seems to be of importance for it is nowadays given to the heir to the Belgian throne.

he Brussels Grand Place. The building at the front is called the House of Dukes of Brabant.

The House of Dukes of Brabant was hosting several Brussels guildhalls, including those of carpet makers, tanners, millers, cartwrights, and masons. Several emblems or reliefs pointing to the guilds as well as other symbols are decorating the building facade. By some, you can recognize the crafts, although the symbolism is not apparent at first sight.

One of several guild symbols on the facade of the House of Dukes of Brabant.

If you take, a closer look, however, you will see some inconsistency in the decoration. There are three reliefs of a different style decorating the facade. Looking at the closeups I took recently, I could have easily associated one of them with the millers. But with two reliefs over doors to no. 14 & 15 Grand Place, I gave myself a header for several minutes. Till I realized that they are not about the crafts, but about the houses itself. One should keep in mind that the premises around Grand Place changed the owners through history. Guildhalls relocated. But, buildings kept their original names.

House No. 14 hosts the carpet makers and goes with the name ‘The Hermitage‘. The relief over its doors shows a hermit delved in reading. House No. 15 called ‘The Fortune‘ is marked by the blindfolded Fortune bouncing on a turning wheel and flashing coins all around. The Fortune house hosts the tanners.

The reliefs decorating the entrance to ‘The Hermitage’ and ‘The Fortune’.

Also, other house numbers of the House of Dukes of Brabant are marked by symbols reflecting their names. But only ‘The Windmill‘ is decorated by a relief. This one is unlike the others placed at a higher level to the right of the house entrance. The remaining houses are marked by less elaborate symbols made the same style as the guild symbols displayed at a higher level.

A relief decorating ‘The Windmill’ and a symbol over the entrance to ‘The Tin Pot’. 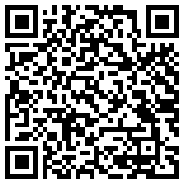