Historical figures important for the Portuguese discoveries like Vasco da Gama, Magellan, Cabral, and others follow Prince Henry the Navigator. He is standing at the prow, holding a small vessel in hand. Discoveries Monument in Lisbon, Portugal (see map).

The monument was built on the north bank of the Tagus River in 1960 to commemorate the 500th anniversary of the death of Prince Henry the Navigator. It is a tribute to all those who were engaged in Portuguese discoveries of new worlds.

Prince Henry the Navigator (1394-1460), or to be precise Infante Henrique of Portugal, Duke of Viseu was a son of a Portuguese king. The nickname Navigator was given to him centuries after his death to underline his leading role for the European Age of Discoveries. But in fact, he was never a sailor. He was an enthusiast of discovering new territories and new trade routes skilled enough to organize and finance the explorations >>>. He paid cartographers from Italian cities that already traded with the Middle East and Asia (using land routes) to draw the most actual world maps (for that time, of course). He also set up an academy that trained sailors. He helped to claim new territories for the Portuguese crown and promoted trade with Africa and India. At first, the funds for explorations came mainly from the Military Order of Christ (the successors of Templars in Portugal, with the seat in Tomar >>>). Later on, his elderly brother, the king of Portugal, granted him a share in trade profits, which he, in turn, used for funding new undertakings. The discoveries, although detrimental for the native populations in newly claimed territories, brought for years welfare to the Portuguese crown. 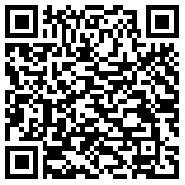