Enjoying my morning coffee, I opened a news feed. One of the headline news was that there is a problem of overcrowding in Venice, known in the winter season for its carnival festivities. And, there is a suggestion to limit access for those tourists who do not stay overnight in the city. Whether the news is actual or not, overcrowding in several spots worth sightseeing or spending holidays in Europe, and on other continents, is today a real problem both for inhabitants and for tourists. With the market liberalization in the skies, the opening of borders, including facilitation of student exchange, and probably some other factors playing the role, tourism seems to be booming.

In several major European cities like Paris, Rome or Barcelona, and others like historical Italian cities, the day-to-day life already became unbearable because of tourists. No matter the season. But the congestion becomes a nuisance for the tourists themselves, too. Last Sunday I was on the Eiffel Tour. A cold (around 0 degree Celsius) mid-February day, not the high season. The waiting time in the ticket & safety control zone and in the queue to the lift was around fifty minutes. The next day we were at the Louvre >>>. As we were an organized group that hired a guide, we entered the museum quite quickly by the back door. But still although not in the high season the museum was on the edge of overcrowding. As most of the exhibition rooms are enormous with quite good acoustics, there was a moment I caught myself at barely hearing my own thoughts. As we reached the room (or a hall) was the famous Mona Lisa is displayed, my only thought was to photograph the audience.

A bit over a year ago in October 2015 I had the same experience in the Vatican Museums >>>. As the majority of exhibition rooms were smaller, there was not as much noise as in the Louvre, but still walking around was not possible in most parts of the museum. The only way to move around the museum was to march together with the crowds.

One of the ways to avoid crowds is to get up early and reach the place before it crowds up to just contemplate the art or the place. With limited holiday leaves, there are many spots we want to visit one day. But, it is the only one that we can visit each morning. Still, even when on the spot in the morning, we are among those few for only half an hour or so … Or we can look for interesting places to visit that are not that popular with tourists. The overcrowding does not consider only historical objects. These are also famous sea and mountain resorts. Not ready for crowds, one has to be indeed very selective and make proper research on the internet before planning a trip.

The other solution is simply to accept the fact. Some small tricks like visiting a restroom ahead, carrying some little food and water or planning the day so that a part we spent in the crowds but later on we visit a less attended place to keep balance are always helpful.

A way to cope with overcrowding is, of course, imposing some kind of limitations. I have my doubts whether a regulation limiting access to Venice only for those who stay overnight would pass. But still, there are popular galleries that did so. My favorite example is the Galleria Borghese in Rome (>>>), on an absolute must-see list for an art fan visiting Rome. To get there, you have to apply for a reservation and be strictly on time. In exchange, you can visit it for two hours being one of only two hundred visitors allowed at the same time to the building. The only disadvantage is that if taking a spontaneous trip to Rome that we decide on a week ahead or so, we would probably not get the ticket at the right time. 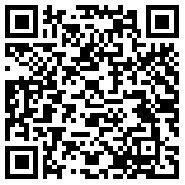