Looking from the Palatine hill, you can also see the remains of other Roman fora. Besides the Roman Forum (Forum of Trajan – with some buildings still well preserved, these are Forum of Augustus and Forum of Nerva). They are however cut by one of the main modern Roman streets Via Dei Fori Imperiali, constructed by order of Benito Mussolini in the first half of the XX century.

The Palatine Hill was the place of living for the emperor and some other aristocratic families (referred to as patrician families). The Roman Forum was the center of Roman government and administration.

The ruins of the Palatine Hill and the Roman Forum are today a ring-fenced tourist attraction. You cannot say that the buildings are well preserved. In fact, they are not. Only some are. So on the spot, it is difficult to imagine the greatness of this place. But still, it is worthwhile to at least once visit this place – just to take a walk through the very center of ancient Europe. There are a couple of entrances to the site. Starting at the Colosseum (standing back to the Via Dei Fori Imperiali with the Colosseum to your left) you can turn right directly to the Roman Forum. Or, you can go straight alongside the fence till you reach a gate to the Palatine Hill. You will have to climb a bit to reach the ruins of its palaces. Crossing the hill, you will finally get to its edge, which is, in fact, a terrace from which you can take a look at the whole Roman Forum. Later you can take the stairs down, till you get down to the Forum. The entire route will take you 2-3 hours of a slow walk.

Below some photo impressions.

The ruins of the Flavian Palace, with its own stadium (referred to as the Palatine stadium), that in fact was a hippodrome, where horses were exercised. It is probably the best-preserved spot on the Palatine Hill.

The Palatine Hill seen from the Roman Forum.

The Roman Forum, inside or seen from above.

Travelling Europe and North Africa, from time to time we can see some more or less preserved ruins of a Roman city or single Roman buildings. I had a chance of visiting at least three other places with ruins of a Roman town: the ancient Pompeii (Italy), quite well preserved as it was covered with the volcanic dust, a couple of smaller ruin complexes in the Southern part of Cyprus, as well as the very impressive ruins of the ancient Leptis Magna and Sabratha in Northern Africa (at present in Libya), preserved by the desert sands. (I do sincerely hope that the wars and turmoil currently taking place in that region did not touch the latter.) With the development of information technologies, it is, however, possible to reflect the greatness of the ancient architecture and ancient cities. I remember seeing the first time the IT simulations of the Roman Forum in the Gladiator movie. It was just impressive. Maybe in the future, it will be possible to walk inside a 3D simulation. 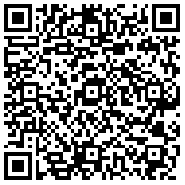