For a tourist, Szczecin is a city not that easy to handle. Still, it is a place I return with pleasure for years.

The Hakenterasse by night seen from the promenade at the Odra river port bank.

Located in North-Western Poland, the city is barely accessible by another mode than a car. To get there from Warsaw, the capital city of Poland, you need more than six or even seven hours by a conventional train. No high-speed, comfortable trains reach this place. You can fly in, but the airport is located in a half-hour distance by car or a shuttle bus, or forty minutes by train. But trains are stopping there only several times a day. So you lose your time by waiting. No Uber service is available in the city. If you travel in three or four, a taxi is the best option. A taxi ride to the airport costs about 30 EUR.

Szczecin is a widespread city. It is also true for its historical parts. There are plenty of historical buildings in Szczecin widespread over a big area. A perfect place for a tourist keen to sightsee. Technically, but … to understand, why it is barely so, we need first some historical explanation.

One of the many historical buildings you can find all over the city of Szczecin.

Another historical building, in a different style from the one above. You may find it in the vicinity of the city of the basilica. Of curiosities – Katherine II, the Russian Tsarina was born in this palace.

Szczecin was never a traditional Polish territory. It even never belonged to Poland. It was assigned to Poland mainly by Soviet influence as a kind of compensation for vast Polish territories lost by the country after World War II to Soviet Russia in the East. Having assigned it to Poles, Soviet Russians came back once or twice, till Szczecin was given to Poland for good. So, not being sure of the city’s future fate, Poles did not invest much into the city for years. The old historical facades, often not renovated at all, neighbor socialistic-style blocks of flats totally not matching the historical city style. The architectural protection of historical areas was and is seemingly non-existent (unfortunately not the only case in Poland).

The old town around the beautiful white castle is practically none. The few old buildings do not offer any place you can take a longer walk. The old city is even smaller than that of Warsaw (that you can easily cross within 10-15 minutes). Many spots within the area are ring-fenced as construction sites. It is so for years. The white castle itself looks well from outside, with exteriors carefully renovated. The internal yard is, however, full of stuff that gives it a messy look. It is so for years, too. Nothing is exciting to see within the castle chambers, neither. Besides, much of the premises is occupied by offices. Many people go through the internal yard because it gives you a shortcut through the old town area. To get from the old town to the Hakenterrasse, another complex of old buildings, you have to cross a wide street under numerous flyovers. Not a pleasant walk at all. The same is true for Boleslaw Xth Street and its surroundings.

The main old town market. Practically, with two or three adjacent streets, it constitutes what we may call the old town of Szczecin.

Still, the city has its fleur and numerous interesting spots with good food nearby. If properly taken care of, Szczecin would remind you of the historical city of Brussels – with many historical buildings widespread through miles reachable by a dense tram network. Using trams, you can get around the historical city shortening so walk times between the most exciting spots. A 24 hours public transport ticket costs around 3 EUR. Trams and buses also operate in the late evenings with waiting times displayed at the stops. On the must-visit-and-taste list, there is the Boleslaw X Street pedestrian zone section in the middle of it, with many various restaurants open and truly busy in the evenings, restaurants around the old town market with the famous Wyszak brewery in its midst as well as the old-police-station restaurant/brewery near the Maritime Office. At the top of the Hakenterrasse, there are at least two bigger restaurants with much outdoor space open on warm days.

The basement interior of the Wyszak brewery. It is the building you may find on the left-hand side of the photo above.

Plain and simple, the fish soup. This one I was served in the old-police-station restaurant.

Boleslaw X Street with numerous restaurants open in the evenings. To get not a crowdy look and protect people’s privacy, I had to wait some minutes.

The banks of the Odra river had been recently modernized to serve as a community zone. You will find there many people enjoying their evenings outdoors with a number of them quietly … fishing in the Odra river. As the sun sets down behind the historical city, in the late afternoon or early evening, you would like to spend some time at the Odra banks to simply enjoy the city panorama. From left to right you will see the basilica, the white castle as well as the historical buildings above the Hakenterasse. A tram line alongside the river banks at the historical side of the city would allow you to skip the walk time from the old town to the feet of the Hakenterasse. Even if you like to walk, you will still need your feet to get upstairs to the latter.

A man fishing at the promenade on the Odra river bank. The view is onto the basilica and the white castle. The Hakenterrasse is to the right.

The upgraded Odra river banks late in the night. The main party is on the promenade on the opposite side of the river

Besides, in some parts of the city, you will find walkways with plane trees above, which is not that typical look in the Polish cities.

Below the full gallery of photos I made recently in Szczecin. This is only the beautiful spots, which, as said above, is barely true about the whole city. 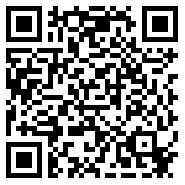