London is a place where you can spend quite a lot of time, and still, you will not see all that is worth to see. So you have to compromise. This time we decided to take a slow walk in the City of Westminster, which is the very heart of London. It is the location of the Buckingham Palace, Westminster Abbey and the Westminster Palace (the seat of the UK Parliament) but also of famous Soho and China Town.

We started in China Town and Soho, we went through the Piccadilly circus and further along Regent Street and Waterloo Place. To get to the governmental area, we had to cross the Mall, which is the road leading directly to the Buckingham Palace plastered with red-tinted asphalt. The next stop was St. James Park, where we enjoyed the greenery and very picturesque spots planted with flowers and some exotic trees. To get to the Whitehall (the street with governmental buildings including the famous gate to 10 Downing street), we crossed the premises of the Horse Guard. Finally walking along the Whitehall, we got to the Parliament Square and neighboring Parliament buildings and across the street the Westminster Abbey.

Below, some photo impressions.

One of the symbolic entrances to the London Chinatown (located at the Q-Park). The gate structure is called the paifang. Unlike its Indian or Japanese equivalent (>>>) it does not mark a sacred place. In many parts of the world outside China, a paifang is just a symbol of a Chinatown.

The Queens Theater showing the Les Miserables spectacle. At this place, we just left the Chinatown. We crossed the street (Shaftesbury Avenue) to visit Soho. If we went left, we would have reached the Piccadilly circus.

Soho. The very place in London where people come the spend enjoyable evenings and nights.

Still of Soho. In London, but also in other parts of the UK you may easily recognize a pub looking for flower decorations. On the left, just taking a corner, a London cab. Not necessarily black (>>>).

The Piccadilly Circus. I did this picture crossing the Shaftesbury Avenue at the circus. The same at which the Queens Theater is located. Shaftesbury Avenue is the mark-line between Soho (to the left) and the Chinatown (to the right).  After getting on the other side, I turned around and made the following one showing ‘the very view’ onto the Piccadilly.

The illuminated advertisements at the Piccadilly circus. The first ones appeared at this place in the early XXth century.

Waterloo Place and Regent Street. In front, at the end of the street, it is the Piccadilly circus. Seen from the other perspective. The Regent street, among others, is a sit of some famous (gentlemen’) clubs, the very serious and poshy ones. One of them is the Institute of Directors (the address is, however, Pall Mall) that among others gathers board members of the most influential companies in the UK. Its website states, however, that it is not necessary to be a registered director to be a member.

The Mall. The royal route. Plastered with red-tinted asphalt. Far in front, the Buckingham Palace. If however, I took the opposite direction, I would have reached the Trafalgar square.

St. James Park. To get to this place we had to leave the Waterloo Place (taking the stairs down) and cross the Mall. As I did this picture, the Mall and the Waterloo Place were exactly behind my back. The towers in front are those of the Westminster Abbey. The famous Downing street is somewhere in between.

If I did not tell, you would have thought this was some exotic place? No, it is indeed the greenery in St. James Park, in the middle of London.

The Horse guard. A shot made a couple of hours earlier from a bus in quite heavy rain. The St. James Park is behind the gate you see in front. To get to the Downing street and further to the Westminster Palace and Abbey, we had to pass the horse guard. On the picture, it is to the left.

The obligatory shot at the gate to 10 Downing street, the seat of the British Prime Minister. My second time. The first was more than a decade ago. The primary difference is the security precautions. On a photo made that time I was standing next to the policeman inside the gate. This time the gate was closed. The notion of safety changed in the meantime … One thing did not change, however. The patience of the policemen (nicely called ‘Bobbies’) dealing with tourists keen to take a photo.

The Whitehall, the street that is the location of many UK (or only English) governmental buildings. Behind my back, as I did this picture, was the 10 Downing street. In front, behind the double-decker on the right the Parliament Square (surrounded by the House of Parliament and the Westminster Abbey.) The locations are so close that it is quite easy to believe that a secret tunnel is connecting them. Is the Buckingham Palace connected, too?

The Westminster station of the famous London tube. Just at the end of the Whitehall. In front of the Parliament building. On the right, what you cannot see at this picture the Westminster Abbey.

The next two shots were done from precisely across the street:

Parliament square. In front of the Westminster Abbey and to the right flags of the Commonwealth countries. Behind my back:

Big Ben and the House of Parliament. The building is officially called the Palace of Westminster. It is the seat of the two houses of the UK Parliament – the House of Lords and the House of Commons. Many years ago, I wondered why the MPs in such an excellent place sit so close to each other. Till somebody explained to me that the poor conditions make them solve issues quicker. If you have a chance, watch a debate on TV. The style is one of a kind. 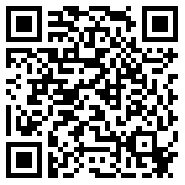