The building is officially called the Palace of Westminster. It is located at the heart of London in the City of Westminster (many of the most recognizable places and buildings in London are located in this part of the city >>>).

It is the seat of the two houses of the UK Parliament – the House of Lords (the upper chamber) and the House of Commons (the lower chamber). Many years ago, watching the TV broadcasts of the parliamentary sessions, I wondered, why the MPs (members of the Parliament) in such a noble place sit so close to each other. (The sitting order is much less comfortable than in other parliaments in Europe). Till somebody explained to me that the poor conditions make the MP’s solve issues quicker. Just a practical British attitude to solving problems. If you have a chance, watch a debate on TV. The style is one of a kind.

Although the Palace was standing at this place forever, to be exact for around 1000 years, the building we know today was constructed in the XIX century. The former one was destroyed in a fire in 1834. Big Ben commonly refers to the clock on the clock tower. But to be precise Big Ben is the name of the bell that chimes on the hour. The tower used to be called simply the Clock Tower. In 2012 it was however renamed Elizabeth Tower to celebrate Queen Elizabeth’s II sixty years at the British throne.

Those, who want to visit London next year, be aware that in 2017 due to all-over renovation works on the tower, the clock mechanism and the bells, the tower is planned to be covered for a couple of months with foil. Also, the bell will not chime the hour. 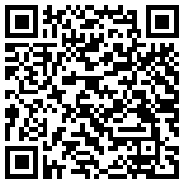