While traveling or merely spending time somewhere, it is sometimes those simple things often unexpected at all that makes the difference.

Totally unplanned, while in Warsaw (Poland) heading to the royal palace I found myself getting off an express bus as other people did. Just so. As a courtesy for an elderly lady, the driver opened the doors at a stop, not in his itinerary. Ultimately, I  did not reach the royal palace. As I got out, I heard it, the piano music all around. No idea how I made it, but I have simply forgotten that if on a Summer Sunday in Warsaw and in the city center, this is the must-be place. For the next hour or so, I found myself lying on the grass and listening to a piano concert. Simply catching the momentum.

The music was by Frederic Chopin (1810-1849), the most distinctive Polish composer and artist ever. He is famous for his solo piano concerts. The music is one of a kind.

If I had to make a list of must-do things, while in Poland, going to a Chopin piano concert would be on it. The easiest way to do so is indeed in Summer in Warsaw. Each Sunday there are two open-air concerts in the Lazienki park open for everybody. You come in, sit down wherever you want, and listen to music.

The major event around Chopin in Poland takes however place every five years in October on the premises of the Polish National Philharmonic.

The next one will be held in 2020. The competition is broadcast on national TV and abroad. The participants come from all over the world, and all of them are superior piano players. Basically, all competition run-through are true masterpieces.

The open-air Chopin concert in Warsaw Lazienki Park I listened to was held on Sunday, 30th July this year. The performer on that afternoon was Ms. Weronika Chodakowska, a Polish piano player.

I made a short recording at this concert. But to listen to this kind of music, it is better to have better quality. Below a performance, by Madame Chodakowska I found on Youtube from her another public concert in Warsaw. Just close your eyes and imagine it is Summer, the sun is shining, you sit on a soft carpet of grass in a great park and just catch the momentum. 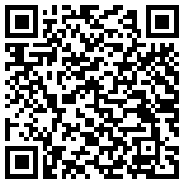