Palacio Real de Madrid or Royal Palace of Madrid is on the absolutely must-see list, while sightseeing in Spain. The palace was built from scratch in the XVIII century after the old building was consumed by fire. (It is told that the king deliberately allowed the old palace to burn to make a place for a more representative residence). It consists of 3,418 rooms. It is, unfortunately, forbidden to photograph the interiors. I could have indeed imagined spending long hours taking photos of the detailed artwork one can admire there on walls (most of it embroidered by hand) and on ceilings.

Although not that decorative as the interiors, the outside design of the palace is imposing, too. Initially, the whole upper balustrade was to be decorated by statues of saints and kings. But ultimately, a decision was made to relocate most of them elsewhere to give the building a lighter appearance. There are still several statues decorating the balustrade, but most of the sculptures are decorating the parks and gardens around the palace.

The entrance to the palace from Plaza de la Armería. Above it, you can see four of the statues still on the balustrade.

Plaza de Oriente, located at the right-hand side of the palace if looking onto the palace from Plaza de la Armería.

On its left and right side the Plaza de Oriente, that in fact is a park (or garden) is decorated by a row of statues, popularly known as the Gothic kings. These are statues of kings and one queen that ruled over the regions forming present Spain in the First Millennium and in the early XI century (Visigoth rulers and rulers of the early Christian kingdoms in the Reconquista period). As the statues were designed and carved to originally decorate the balustrade of the palace, under closer inspection, they lack detail. But still, they are a real eye-catcher. Below, the full pantheon in a small gallery of pictures.

The Gothic kings at the Plaza de Oriente.

Two of the statues that still decorate the balustrade: Reccared II and Liuva II, Visigoth kings. It the middle there is the Spanish coat of arms. Located just above the Gothic kings at the Plaza the Oriente.

The Sabatini Gardens, at the opposite side to the Plaza de Oriente, a location of other statues of Spanish kings initially designed to decorate the royal palace.

The royal palace is the official residence of the Spanish royal family. It is, however, only used for state ceremonies. The royal family neither owns the place nor lives there. The palace is owned by the Spanish State and administered by the Patrimonio Nacional. 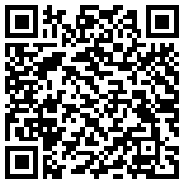