It happens quite often that you go to a historical city intending to see a famous building. But on the spot, you see only wrappings and scaffolding. The long-needed renovation works are taking place. So it is today in Antwerp, Belgium.

The famous town hall at the Grote Markt is fully wrapped and the higher spire of Our Lady cathedral for its most part, as well. The cathedral is densely surrounded by the historical city. Although the Cathedral is the largest Gothic church in the Low Countries, making clean photos is difficult.

The Antwerp Cathedral seen from the Grote Markt.

Looking from far away, already, at first sight, one can see the discrepancy between the two towers. The question you ask yourself is, then, was it the original design or the construction works were ceased for some reason. Indeed, a Gothic Cathedral usually consists of two belfries of equal height. And so was the original design. The construction works started in the mid-XIV century and without completion, were ceased 170 years later. Several years after, the Cathedral caught fire. It was saved, but the construction works had been postponed. As it turned out, for good. Water used during the firefighting efforts destroyed the ceilings and the Gothic carpentry.

Further damage, as in the case of many Catholic cathedrals in the region, came with the Reformation as Antwerp became a Protestant city and later with the French revolution. The Cathedral was plundered and severely devastated. The French revolutionary government intended even its demolition, but ultimately the Cathedral was saved. The restoration works began in XIX and ended with a complex revival in the late XX century.

The interiors are available for visitors for a small fee of EUR 6. Making photos inside, provided that you do not use flash, is allowed. So let us visit the Antwerp Cathedral as it looks like today.

The front looks onto the central nave. Already, at first sight, you notice that the Cathedral is also an art gallery. Some of the huge masterpieces on display are a loan from the Royal Museum of Fine Arts Antwerp.

The central nave, the side naves, the dome, and the apse.

The interior seems very austere. You will not see there not much gold. But the thirty-four huge stained glass windows, detailed carpentry, and huge paintings displayed in the side naves are real eye-catchers. Already, at first sight, you are under the impression, the Cathedral is an art gallery. You may admire here the works by Rubens as well as other Flemish (or Belgian) masters.

Indeed, until the Reformation and the French revolution, pillars, chapel altars and walls of the Cathedral were decorated by great paintings of Flemish masters. During the religious and revolutionary struggles, many works were destroyed, removed, stolen, or sold. Ultimately, the Flemish authorities could recover works that survived. In 2009, the Royal Museum of Fine Arts in Antwerp returned eight of the most beautiful altarpieces to the Cathedral. Furthermore, from 2009, eight other works, mainly triptychs, are on loan from the Museum and had been integrated into the Cathedral’s current interior.

One of the triptychs from the Royal Museum of Fine Arts on display in the Antwerp Cathedral.

As the initially Gothic interior was completed in the renaissance, baroque, and later neo-Gothic style, walking around the Cathedral, you just must stop many times to observe the details. Do not forget to enter the oak choir-stall and to look up. The ceilings, in particular in the side naves, are decorated with frescoes of a very decent but still very decorative look.

Just a small selection of art pieces you can admire in the Cathedral.

Although admitted for visitors, the Cathedral is still an active place of worship. Understandably during a mass, it is off-limits for tourists (it includes regular masses as well as weddings and funerals). As I visited the Cathedral, it was close to 5 pm. Preparations for a mass were already taking place. 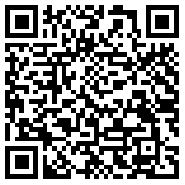