Grand Place, Brussels, on the absolutely must-see list while in Belgium. The probably most beautiful main square in Europe. The lower photo was made while standing back to the building on the right-hand side of the above picture.

The Grand Place of Brussels looks excellent in the daylight, but it is recommendable to visit it in the evening or at night when all lights and illuminations are on. The place, and in particular, the building facades were carefully refurbished in recent years. Today they shine at the full glance. Last month, it was probably the first time for years as I saw Grand Place with no wrappings and scaffolding. I made the picture on a late June afternoon shortly before the sunset. The golden leaf on the facades can be well seen in the sunlight.

The Brussels Grand Place was set up in the Middle Ages as Brussels was a thriving commercial center. The square was paved already in the XIII century. It was surrounded by buildings that for the most part, were financed by the Brussels craft guilds or the wealthy city citizens. The building with the highest tower (left-hand side on the upper photo) is the Town Hall constructed in the XV century. It was built gradually. Hence the asymmetry. The oldest part is its longer left wing. The right-wing, as well as the tower, was constructed thirty years later. The Town Hall is the only original building at the Grand Place. All other buildings had been reconstructed by the end of the XVII century after the Grand Place was bombarded in 1695 by the French forces commanded by Marshall François de Neufville de Villeroy. In fact, the city was so rich that the full reconstruction of Grand Place took only five years after the bombardment. If you look closer at the facades, you will, among others, notice reliefs depicting different crafts. But by far, it is not the only symbol decorating the buildings. The Grand Place is on the UNESCO list of World Heritage Sites.

Last month while in Brussels I took photos with two cameras. One of them allowed me quite decent close-ups. I just went around the square and made photos of the decorative elements of the facades. Most pictures are still to come. Yet today, also with photos made during my previous stays in Brussels, I can start the long-planned review of the Grand Place buildings. So here they are, Grand Place no. 9 and 10. You will find them in the middle of the lower photo above.

On the left, Grand Place no. 10, La Maison des Brasseurs, on the right no. 9, Le Cygne. If you want a closer look, click on the photo and open it full size.

No. 9 Grand Place, Le Cygne, or The Swan is known as the butchers’ guildhall. It is marked by a carved swan above the front door. Initially, already noted in the XV century annals, the building hosted an inn.  After it was destroyed by the French forces in 1695, it was rebuilt three years later for Pierre Fariseau, a financier, as his mansion. You can see the construction date in the upper right corner of the facade. In the XVIII century, however, the building was acquired by the butchers’ guild. The Brussels guilds otherwise called the Brussels Nations had been dissolved in 1795 during the French occupation. The immovables of the guild together with assets belonging to other guilds had been sold at the public auction held at the Grand Place. Today, Le Cygne regained its original role and hosts a restaurant (a bistro).

Of curiosities: Karl Marx and Friedrich Engels organized meetings of the Communist League in The Swan. It is said they wrote there some parts of the Communist Party Manifesto. That time, Le Cygne was one of many popular taverns at the Grand Place affordable also for the newly emerging working class.

The swan carving over the front door no. 9 Grand Place. A closeup.

No. 10 Grand Place, La Maison des Brasseurs (Brewer’s Guildhall) otherwise is called Maison de l’Arbre d’Or (Golden Tree House). Originally it belonged to the guild of tanners and upholsterers. Only from the XVII century, after the house was rebuilt damaged by the French bombing, it served the brewers guild. Today it is the seat of ‘Belgian Brewers’ and hosts a brewery museum. If you look closely at its top, you will notice its name put on in gold leaf as well as the date of its reconstruction (1698). At the top of the building, you will see a golden statue of Charles-Alexandre de Lorraine (governor of the Netherlands in times of the Austrian rule as well as the Grand Master of the Teutonic Order), which was installed in 1752 to replace another statue of Maximilian II Emmanuel of Bavaria.  Although made for the roof, the figure is quite a detailed one (compare the closeup below).

The golden statue of Charles-Alexandre de Lorraine at the top of the no. 10 Grand Place. A closeup.

To my Brussels photo gallery 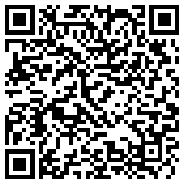