Yet again on the job in Brussels spread over two working weeks, I decided to stay for the weekend in Belgium. On a rainy Saturday morning, I almost lost hope that I could have made my day. Still, as in the afternoon, the clouds disappeared I stuck to my original plan and equipped with two cameras, I went to see the historical city of Ghent.

Ghent is a city in Belgium in Flanders (the Dutch-speaking Northern Belgium).  Already in the first Millennium, it was the location of two important abbeys and a trading center. Ghent was inland and maritime port thanks to its sea access through rivers and later artificial canals.

With two Viking invasions of IXth century (>>>), Ghent lost for some time its splendor. Later in the Middle Ages, the city revived again and became one of the largest and wealthiest cities of Northern Europe. It was inhabited by more than 60,000 people at its peak. It was mostly to the corn trade. Each ship that went through Ghent was obliged to sell one forth of its cargo in the city-owned corn market. Ghent was also a thriving cloth manufacturing center trading intensively with England and Scotland.

Ghent lost its position in the mid-XVIth century as Charles the Vth (the Holy Roman Emperor, by the way, born in Ghent) imposed high taxes on the city.  After the rebellion, the most prominent citizens were humiliated by the Emperor, who made them march barefoot clothed only in shirts, some even with nooses around the neck. The city was further punished by the loss of its privileges. The decline also came with religious struggles between Catholics and Protestants. Time of inquisition mixed with times of the destruction of town Catholic assets by Calvinist sects.

The well preserved historical city of Ghent is still a testimony to the city’s greatness of the past ages.

The core of the historical city of Ghent. If you take the tram no. 1 from Sint Pieters railway station to the historical town, you get out at the Korenmarkt (the place whereon my map the dark red and the green lines come together).

First, as you look up, you see a street with a series of high Gothic buildings and in the middle of all main streets a network of cables and tracks. It is an unusual mixture. The place is off-limits for private cars. Still, walking around, you have to watch for trams and buses that frequently come across your path.

I bought myself a day ticket (EUR 7). It proved very useful for if I wanted to quickly change the location, instead of walking additional 10-15 minutes there, and back I shortened my route by using a tram. During my four maybe five hours stay in the city, I was continually walking or riding a tram alongside two or three streets, only once or twice leaving the area. As it was late afternoon, I changed locations to catch the views in varying light conditions. As usual, I made many photos. Below just a selection. Enjoy!

The first look, as you get out of the tram. To the right – the Saint Nicholas Church, and more profound the XIV century Belfry (on my map the dark red line view). To the left – Korenmarkt (green line view).

So let us first walk to the right alongside the Saint Bavo Street (dark red line).

Saint Bavo Street. On the first photo to the left the Belfry and in front, the Saint Bavo Cathedral – an originally Romanesque church rebuilt from the mid-XIIIth century in Gothic style. Shortly before the construction works were completed in the mid-XVIth century, the church was plundered by a Calvinist sect. Stained glass windows and statues were smashed, paintings and other artwork destroyed (>>>). On the following photos, the Cathedral in the front look.

Now I am standing with my back to the Cathedral. Photos are from left to right – the Belfry, a passage around it with the Town Hall in its midst, and to the right side some beautiful buildings at the Cathedral square. My next steps will be through the passage to the other side of the Belfry (blue line).

The side street brought me to the Town Hall (on the first photo to my left). In the next picture, a quick look at the Town Hall tower. On the way back yet again, the Belfry in front. I am walking back alongside the blue line on my map.

Yet again, the lookup onto the Belfry. And the way back is against the Sun to the West. So, the building behind the Belfry is again the Saint Nicholas Church, at which I first got out the no. 1 tram.  On my map, I am walking back the dark red line.

Korenmarkt. On my right-hand side (the last photo), the other side of the Saint Nicholas Church. I am walking alongside the green line now, turn back to head in the West direction to the famous Ghent port quays.

The reverse look from the Westside to the Eastside on the Saint Bavo Street. In front – the Saint Nicholas Church, further the Belfry and far behind the Saint Bavo Cathedral. The second photo was made three hours later than the first one as the sun was already going down. The buildings are of a warmer look. I am standing on the Saint Michael Bridge over the river Leie.

On the Saint Michael bridge. A view on the Leie (alongside the pink line on my map). To my back, a huge Saint Michael Church. How big it is, I saw only as I walked down the bridge to the Leie boulevard.

The font views are onto the Leie boulevards. The one to my right hand is called the Grass Quay (or Graslei), and the one to the left side is called Corn Quay (or Korenlei). Both quays belonged in Medieval times to the Port of Ghent.

On the Leie boulevard behind the Korenmarkt. I am standing on the Corn Quay, looking at the guild houses on the Grass Quay. In its midst, the Gildenhuis van de Vrije Schippers. The fronts of those medieval buildings were intensively refurbished in the XIXth century. I am walking alongside the pink line.

Walking down the Leie boulevards and crossing yet two bridges, I got to the Gravensteen. It is a moated castle initially found in the Xth century and rebuilt in the late XIIth century after it was consumed by fire. It was, however, only used in its original role until the mid-XIVth century. Later it shared the fate of similar buildings across Europe. It was used as a prison, was a mint, and even a factory for some time. It was restored again by the Ghent authorities in the XIXth century. To jump from the pink line to the yellow line on my map, I  went to the Korenmarkt using the other bridge to take a tram. The last photo shows the castle from its back. 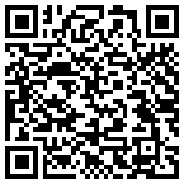