It is Christmas Eve. A couple of hours ago, around nine pm, I was driving home from a busy mall. There was no snow around. Unlike you would expect for Christmas, it was raining. But there was little traffic on the streets. Just a quiet drive. And happy Christmas songs on the radio. I was thinking about my next trip. Christmas will be with family, but the New Year Eve and the New Year will be with some friends beyond the Arctic Circle in Norway. Bit weird. In the middle of winter a trip to the North. But we will have our summer in winter. In one month, this will be the end of the world in the Southern hemisphere. In Norway and New Zealand, I will meet with people, with whom I traveled to Japan last year.

I just realized that there is still one place we visited in Japan that I did not comment on this blog. A sacred mountain called Koyasan. It is a different part of the world. They do not celebrate Christmas there for sure. But still, I associate it with quiet and soothing.

Belltower at the significant temple complex on the Koya Mount. The only white structure we saw during our trip to Japan.

Koyasan, otherwise called Mount Koya, is the main seat of the Shingon sect, one of the most important Buddhist sects in Japan. The place is visited by both Japanese pilgrims and foreign tourists, who usually stay there overnight to experience a Buddhist temple lodging (called shukubo in Japanese). The sect was set up more than a thousand years ago by Kōbō-Daishi, also called Kūkai (774–835), a Japanese monk. He was the one, who decided to locate the sect’s main seat on Mount Koya.

Traveling to Japan, you visit many shrines and temples >>>. But it is something else to just visit and something else to stay overnight. So like many others, we booked an overnight stay in one of many Buddhist monasteries at Mount Koya. The place is genuinely secluded and very quiet. To get there, we needed to get into a special cable train that took us up onto the mount.

The cable train to Mount Koya. The journey lasts a bit more than five minutes.

As we got to the Mount Koya railway station, we stayed for a short time there. But quite quickly we were approached by a Japanese, who asked us to hurry to take the bus. We were already aware that public transport beyond bigger cities in Japan closes in the late afternoon. But in Koyasan the last bus from the railway station was around three pm. It was full of tourists who wanted a Buddhist monastery experience.

We looked around. The streets of the Koyatown were tranquil. As life would stop there.

To be frank, my expectations as to shukubo were a bit different. I imagined a place full of monks dressed in orange (like in many films with Buddhist monks), and us standing behind them and allowed to watch their rituals from behind. I think I was that time inspired by the episode of House of Cards, where Buddhist monks were performing a slow ritual of painting a picture with colorful sand on a table. After a month of work, the sand picture was just taken off the table, put into a pot, and later thrown into a river during a festive ceremony.

Our monastery experience was not like that. The sect we were staying with was tiny. In fact, we dealt with only one monk and one novice (using the European vocabulary). We were explained that a Buddhist sect maybe a tiny one. I think the idea was just about some kind of a tourist attraction on a mountain considered as a sacred one. As we arrived, we were invited to our cells (there were only eight at our part of a monastery) and to a tea ceremony, where our monk host explained the rules. We were told that in two hours we will be served a vegetarian meal, then we will be invited to a small tour of the Koyasan oldest temple complex (Kongobuji Temple). Then we would have another vegetarian meal. The night curfew was at ten. On the very morning at six, we were to attend a Buddhist ceremony.

As we have not eaten from the early morning in Kyoto, we decided to go to a restaurant. Remembering we have two meals ahead of us, we did not exaggerate. But later that evening it turned out it was a good idea. We were served vegetarian delicacies. For us, it was more about tasting Japanese vegetarian food. Below some photos of our lodging and our vegetarian meals.

Our monastery experience in Koyasan. Quiet. Soothing. We did not obey the curfew. It was too early for us. But imagine fourteen people sitting quietly in one cell spending the whole late evening whispering to each other.

In the afternoon and in the early evening we managed to see a bit of the Koyatown. There was a kind of small city center there. Most of the buildings were traditional ones. Many of them looked like containing some monastic life. Koyasan turned out to be a secluded place where you can truly slow down. … And take many photos of picturesque architecture surrounded by much greenery. I think it was there as I first time saw a Japanese taking out carefully grass from a moss lawn.

Just a glimpse of the Koyasan city and its main temple complex.  It was not necessarily difficult to make shots with no one in the photo. Even in the early afternoon.

The first temple complex in Koyasan during our late evening walk. The building is the Kondo Hall. Significant ceremonies are held there.  If I had to make something otherwise than I did at our Koyasan evening, I would take a tripod with me to the complex. Significant buildings can be seen well. But in the dark in most parts, you go alongside paths marked by small lamps. As Koyosan is a truly secluded place, and no other lights can be seen in the dark, the feeling and views are incredible.

I have no photographs of our evening and the early morning in the monastery. It was private. In the evening, a small collective bath was given to our disposal. Basically, it was only us – only two other female visitors, I think from the Netherlands, were at this part of the monastery. They used the bath earlier than us, so we had our privacy. The hot jacuzzi helped our muscles to rest. After ten days of intensive sightseeing and long traveling, it was really soothing. Still, two of our group asked us to let them bathe individually. As the night curfew was around ten, we had to leave the bath earlier than we wanted. In the morning, we were only allowed to visit a general restroom. There was no possibility to take a shower.

The next day we were supposed to wake up early to attend a kind of religious ceremony in the monastery sacred part. We were not allowed to carry our cameras. The rule we have already have learned in other Buddhist temples and monasteries. The small hall was dark full of intensive scent. First, we went through a cleansing ceremony. It involved clapping hands, fumes and hands rubbing ash. Then we sang sutras. Sutra is a kind of wise texts or teachings. Our host gave us printed copies with the text in English that we were supposed to recite with a lower voice in a regular rhythm. The whole ceremony lasted around an hour. Before it, I was still hoping we would see more monks. But it was it only us and our monk host. There were around thirty people inside the sacred hall, most of us of European or American look. Only one Japanese couple.

We left the monastery around ten in the morning, collecting our luggage in a staple. We went to visit one of the oldest cemeteries in Japan located around the Kōbō-Daishi resting place. The cemetery is huge and very old with many graves couple of hundred years old (more on Okunoin cemetery >>>).

At the Okunoin cemetery.

Later around one pm we took the train down the mountain and left for Tokyo. 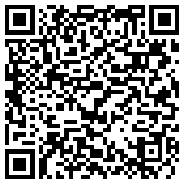