Three years ago, on a trip to Portugal, I met a lady who used to work in a news agency as the chief international editor. A year after I met her again while in England and Scotland. We had a loose conversation about making photos on sightseeing trips. She told me (quite bluntly, probably used to criticize the young and inexperienced) that it was not essential to make overall views unless I wanted to make a reportage. That what counts these are the impressions. Although I still keep a habit of documenting the whole trip, I try to have in mind her words and to be blunt, I enjoy it.

Below some photo impressions from the French Beauvais (located North of Paris). The historical city is big and to some extent reconstructed after World War II bombings. But some parts are preserved as they used to be hundreds of years ago.

A view onto the enormous Gothic cathedral seen from a street with well-preserved old buildings. Buildings constructed of half-timbered walls are typical for this part of Europe. It is one of my favorite pictures from last year’s trip to France.

A wall of one of the houses in the street on the photo above. The half-timbered walls are filled in a very decorative way. The style is rather unusual.

And yet another one, less decorative but typical for this part of France.

Jeanne Hachette (the lady with an ax) – a local female hero. A statue that can be seen in the main square of the city.

Still of old half-timbered houses in the quarter around the cathedral. On both photos, it is the same house but seen from the opposite perspectives.

The cathedral from the front side.

Inside the Gothic cathedral – the extraordinary stained glass work. The window is Gothic style, quite different from the one on the picture below that represents the Roman style of architecture.

The Beauvais Cathedral, although an awe-inspiring one was never really finished. What is interesting – it is neighboring the elder Roman church that was never incorporated into the cathedral. The photo shows a window typical of the Roman style of architecture >>>.

XVI century carpentry supporting a roof of a building, formerly a grand hall, today converted into a museum. 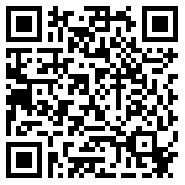