It was terrible heat. And, it was pleasantly cool inside this lofty Gothic cathedral. Something got me out. It was one of those days that I just did not feel like listening to the guide.

So, I left the cathedral and decided to just walk around it. The sun was very high. It could have been around noon, so photos from the front were not coming out. I tried my luck and decided to take pictures from the other side. As it turned out, after only a couple of minutes, it was not possible to walk around the cathedral. I came across a closed gate on the other side of the half-timbered house, which you can see in the photo. Behind this house – in the photo behind my back – there were steps leading down to a busy street. Looking for a perfect shot of the cathedral, I took the stairs down, crossed the street, and found a beautiful narrow street with well-preserved, maybe restored, half-timbered houses. The city suffered quite a lot during the bombings of World War II. But the buildings seemed to be originally historical ones. From the perspective of this street, I took several fantastic shots of the cathedral. I must have spent half an hour there. Coming back from my chronicler’s duty, I took this one. Just like by accident. Still, a beautiful view, is it not?

More on the Cathedral 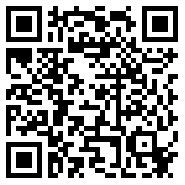