It should have been three full days in Madrid. Unfortunately, our Friday flight was canceled. So we had to make the decision. We fly the next day for only forty-eight hours, or say pass this time? This was supposed to be my first visit to Madrid. My answer was: ‘Yes, I go’.

Finally, we landed there around 3 pm local time on a Saturday. We left our bags in the hotel and went to spend the afternoon and the evening in the city center.

Moving from place A to B turned to be easy, as the Madrid metro network is well-developed. The comfort is similar to that of Paris. If you get lost, you have to ask for the nearest metro station, which you will find in the distance of a couple of hundred meters at most. We bought tickets for twelve single trips.

To begin with, we went to Puerta del Sol, a place considered the main city square. Although it was a very sunny early spring day (April 1st), it was not warm.

The next day however we realized that in fact, it is not the actual main square, for there is also Plaza Mayor in Madrid (located not that far away). Our guide told us that Plaza Mayor is very popular with students who are keen to rent apartments in its vicinity to be able to enjoy the place and the life around it.

To grab a bite, we visited Museo del Jamón. Sounds serious. But in fact, it is a kind of fast-food restaurant, where you can eat a bread roll or a croissant with Spanish ham (jamón) and cheese, and drink local beer. By the way, it was my first time as I ordered an alcohol free beer from the tap!

At 6 pm we had a reservation for a visit to the royal palace (or better to say the royal castle, Palacio Real de Madrid). The building is enormous and impressive. It is said to contain more than 2,000 chambers. Of course, we visited only 20-30 of the most representative ones. Unfortunately, there is a strict ban on making photos inside (photos are allowed only in the entrance hall), so you must rely solely on your memory.

Royal Palace of Madrid – the main entrance from the yard

I was hugely disappointed because the interiors are overwhelming. Even if you compare to other opulent palaces or castles, we can visit in Europe. It would be probably difficult to make shots of the whole chamber interior. But the place is full of impressive and labor-intensive handicraft artwork. I would have done many close-ups if it was allowed. Just to be able to admire the details at home once again. Photos available on the Internet simply do not reflect that what one sees inside.

Of the most impressive things we saw were walls of royal chambers. Many of them were of silk covered with opulent embroidery. We were told that in the early XX century, all silk walls were reconstructed. The silk was exchanged, but the embroidery was thread by thread removed from the old wall cover and put onto the new one. Many of the ceilings are covered with frescoes. In several chambers, they are however covered with some kind of ornaments relief-like and colorfully painted. You can only look up and admire.

The main entrance hall to the Palace. Looking up

Later that evening, we shortly entered the Madrid cathedral that is located vis-a-vis the royal palace (Catedral de Santa María la Real de la Almudena). Madrid was established as the capital city in the XVIth century (the capital was moved from Toledo in 1561), so there are no truly old cathedrals or churches in the town. What is more, because of financial constraints, the construction of Almudena only began in 1879.

The Almudena cathedral – the view from vis a vis the Royal Palace. Although it looks like – it is not the main entrance door. The entrance is on the left-hand side of the photo.

We could only take a short look into the interior, as there was the Saturday evening mass or prayer taking place in the cathedral. The interior is of decent design contrary to the opulence of the Royal Palace. The Palace was built as Spain enjoyed the fruits of the Age of Discovery. The Cathedral already in times as Spanish treasury was deplenished by warfare.

To spend the evening walking, we returned to Sol (the short name of Puerta del Sol). For supper, I went to a local restaurant to enjoy a true Spanish stake. Recalling people visiting the restaurant I can only confirm that what is said about Spanish eating habits. The supper rich and full of calories begins after nine in the evening. Only selected restaurants offer meals the whole day. After lunchtime, many kitchens close to reopening around nine pm.

Of things we noticed on the first day already was that Madrid is a very green city. There are many parks and trees in the streets. A bit unexpected in Spain that is well-known for quite low precipitations in comparison to other European countries. Indeed, Madrid is located at around 600 meters above sea level quite near to the mountains. Our guide explained to us that much water from the mountains flows into and beneath the city, allowing to preserve the greenery. The location also explains low temperatures at nighttime even on a very sunny and warm day – at least in the spring.

Spring in Madrid. Commonly two or three weeks earlier than in other European countries. 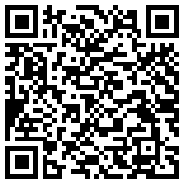