Got out of the Shinkansen train. Left the Himeji railway station. And we saw it. A white castle on a hill. The view was impressive, but at first, we did not realize how big this castle was. We were standing at the station exit gate, in front of a wide alley, two or three kilometers away. On the approach way already at the gateway to the castle premises, we had to take turns and go complicated paths between fortification walls. We crossed a series of smaller gates and baileys. At first, I did not give it much thought.

In one of the chambers inside, as I looked through a window, I realized, the castle was a widespread complex of fortifications and premises around its main keep.

Himeji castle, although never inhabited by a shogun (in Japan: a military commander, appointed by the Emperor, with the actual power in the country till late XIX century), was owned by the militaries. So, it was constructed to serve defensive purposes. The maze of paths between fortifications, baileys, gates, and walls one has to take to get to the main keep was indeed a part of the castle defense strategy. Altogether, the castle complex consists of 83 buildings. It was initially built in the XIV century but later rebuilt and extended several times. It got its final shape in the early XVII century. Throughout history, its construction also turned out to be earthquake resistant.

A bit of a surprise was that every visitor was asked to take off shoes. Not surprising in Japan, as in most places, you are asked to do so. But it was the first time in my life as I spent two hours in a castle walking barefoot. The system was quite simple. At the entrance (that was quite distant from the exit), we were given plastic bags, which we were supposed to carry during the whole visit. At the exit, we put back shoes on and returned the bags.

The other surprise was that there was absolutely no furniture or other stuff of historical value displayed on the premises. Thus, to our disappointment, we had no insights into the way how daily life looked like in the castle. Still, the castle underwent restoration work for several years and reopened to the public only in 2015. Maybe in the future, some of its chambers will be equipped with furniture and objects of daily use. We shall see.

The whole fun was, however, about walking long corridors, climbing steps that got steeper and steeper, the higher it was. The most difficult was the paths and steep stairs in the main keep. And we were not alone – there were hundreds of Japanese taking the same way. (Making photos I tried to find a spot that was not crowded so that what you see on pictures may be misguiding).

The carpentry in the central part of the castle was very impressive. There were few separate chambers inside, only open space (contrary to the lower parts of the castle premises where chambers were neighboring the long corridors). We could only have imagined that while the inhabited area was divided in the traditional Japanese way – by movable panels. In some parts, you even could have seen wooden rails on the floor and in the ceiling marking the chambers.

The other surprise was that what we saw in the top chamber. It was a shrine, at which many of the Japanese visitors paid their respect to a deity (or deities). (OK., we knew already that the Japanese attitude to confession was totally different from that what we were accustomed in Europe, and bigger or smaller shrines may be found anywhere >>>).

Below some other photo impressions of the Himeji castle interiors and exteriors. 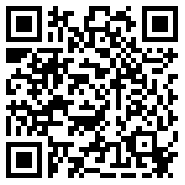