Packed and ready. In Singapore, I will have a five hours break for which I rented a room in a transit hotel. Still feeling sick. The only thing I can do now is to survive the almost 30 hour-long flights in relative comfort. New Zealand, even if far away from Europe, is a great place to spend a vacation. Unfortunately, we did not enjoy this country as we should have had.

Christchurch airport is a leisurely one. People are playing live music and dancing. You can lay on comfortable matrices on the green grass just outside the airport. The passenger facilities are very comfortable.

We depart with Singapore airlines, one of the best aircraft services in the world. The flight to Singapore takes us around 13 hours. Almost half of the journey is above Australia. To be frank, this is the first time I finally realized how big Australia was. The flight over Australia takes more time than most of the international trips within Europe. As it is still daytime for us, I am not sleepy at all. I watch movies, altogether three or four. The onboard service is outstanding. I discovered that in the aircraft, there are small drinking water distributors placed near the restrooms. You do not need to ask the service to bring you water. But no matter. The flight attendants take good care of you. As we land, my hearing fails. I usually have no problems at taking offs and landings. This time for too many days, we neglected our health. The temporary loss of hearing after landing is the price.

IN TRANSIT IN SINGAPORE

In Singapore, I said farewell to my fellows. Being in transit belongs to traveling. To have some travel comfort for my around five hours stay at the Singapore Airport, I booked a room in one of the transit hotels. While booking, I confused the terminals. In Singapore, a flight departure depends on the airline but not the direction. My flight to  London is serviced by Singapore Airlines, not British Airlines. I will have later come back to the terminal I arrived. No matter. With the Singapore airport sky train, you can shorten the walk time. Altogether it takes me 25 minutes to get to my hotel. My transit hotel room is one of twelve small rooms adjacent to a small corridor. There is no bathroom belonging to the room. But at the end of the corridor, there are four fully equipped comfortable bathrooms. The rooms are small, with a comfortable bed, plasma TV, and some additional space that allows you to move around. There is no window, but the air conditioning and ventilation system are working well. During a journey that will altogether take about forty hours, a comfortable bed and a ten minutes hot shower are priceless. I set the alarm on my cellphone for two hours, checking carefully that I did not confuse the time zones. I slept like a baby, took a shower, and all the medicine that I had to ease whatever disease I have.

Singapore at night-time. Seen only through the aircraft window. Maybe while in transit, it would be a good idea to stay here for a day or two? (Photo: Pexels)

The next flight begins. Singapore to London. I sit somewhere in the deeper part of the aircraft. My neighbor is a charming Englishman. The two-seat row behind us is entirely free. I give him a sign, I want to move there. He nods. For the next thirteen hours or so, we both have very comfortable travel conditions with additional pillows and blankets. I think I slept for some hours. After that, I just rested comfortably on blankets and pillows, with my eyes open (it was already daylight in New Zealand). For the last week or so, it was my first real rest time. I needed, however, to sleep – in Europe, it was the nighttime. I  asked a flight attendant to give me some whiskey. Two shots or more. She looked at me with a bit, weird face. I said I was in New Zealand. I have a jet lag. She smiled. Yeah, yeah, she said and poured my glass richly. It was enough to put me asleep for the next hour or so. My Singapore to London flight gave me the comfort I lacked for past days.

As we land at Heathrow, the sun was just rising. With only a few clouds in the sky, the views were amazing.

It is Heathrow, seven in the morning. I spent around fifteen minutes in the restroom to change and refresh. By definition, I do not wear jeans with a belt on longer flights. Now I changed. The flight home will take me only two hours. I love Heathrow. It is a busy airport, but still, it is London. You can feel it. I called a friend to confirm the meeting of our psychology group (people I studied with) in the evening. ‘I am tired, still in London. But I will come.’ The last forty minutes of my London-Warsaw flight seemed long-lasting. Almost thirty hours on an aircraft, with two five hours, breaks it was around forty hours from the end of the world to home. But it was the kind of traveling I enjoy. On the journey back from New Zealand, I gained a half day. Back home, I fell asleep for more than seven hours. Overslept. Appeared at our meeting with two hours delay. I ordered a steak and a beer. My first non-aircraft meal in two days. And in the meantime got a message from one of my traveling fellows who went to Australia – I do that what we neglected in New Zealand, kayaking and sunbathing at an ocean beach. Yes, I lacked it as well … I was back home at midnight. Fell asleep around one am. I woke up at eight am. No jet lag. Just a new day home. I still feel sick. But here at home, this is only me, who makes the decisions what I do. A relief. 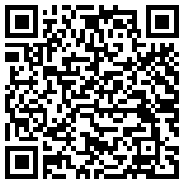