When sightseeing, we quite often visit sacred places, churches, monasteries, or shrines. After visiting many in a short period in our recollections, we usually confuse one with another. Unless we see something really unusual. If I had to make a recommendation of a place worth to visit, this one would be high on the shortlist. Oinari San, a sacred mountain you climb walking paths made of torii.

Oinari San or officially Fushimi Inari Taisha located in Fushimi-Ku in Kyoto (Japan) is the head shrine of Inari. He is the patron of prosperity, harvest, business, merchants, manufacturers, and so on.

At one of the side gates (called torii) to the Oinari San. Torii in Japan are gates to sacred sites (>>>)

The shrine consists of two parts: the lower one – pretty much similar to other shrines in layout and colours (mainly vermilion that is said to protect against evil forces), and the upper one – long corridors made of torii (vermilion, too) climbing a mountain, that in itself is a seat of deity.

There is approximately ten thousand large and small torii in Oinari San. They were donated through ages by worshipers as a thank to Inari for successful businesses or transactions, or other life achievements the deity could have taken care of.

The giant torii form long corridors. The corridors of torii are broken from time to time either by smaller shrines or spots that look like cemeteries with much smaller torii spread all over them. A walk through all of the torii corridors takes almost two hours of climbing up and down the mountain. If you want to take photographs and walk all the side paths, you will need twice as much time.

The map looks quite simple. But the rows of 10-20 torii on it are in reality paths made of hundreds of them.

Oinari San was one of the most exciting places we saw in Japan. We arrived there late around six local time and left around eight. Yet again we planned too much in our itinerary for that day. In the morning we were still in Kanazawa sightseeing, one of the oldest Japanese gardens in the country. In the afternoon, already in Kyoto, we went to see the final procession of the Aoi Matsuri festival. Actually, we planned to visit Oinari San the next day. But with some time to spare after the parade ended, in a spur of the moment, we decided to speed up our itinerary. I would not say it was a bad idea, at all.

We were short of time. It was too late to climb to the top. But as I now recall it, the most exciting part of this visit was going down the mountain under the giant torii in the dark, with only a few lamps showing the way. It was a kind of experience one does not forget quickly. At this hour only seldom you meet other tourists or worshipers. The experience was great, in particular, that the place is very silent. It was just as many people to not feel secluded, but simultaneously not too many to not contemplate this place. I wish only we have arrived earlier. Only then it would be possible to reach the top and simultaneously be able to stop and take more photos. The place is very photogenic, no matter whether day or night-time.

The mountain path starts on the left. At the right-hand side, there is a sink where one can perform the purifying ritual. Behind it, there is the main entrance to the shrine complex, where people may pay respect to deities.  (More about rituals in Japanese shrines >>>).

The first torii on the mountain path. When entering you barely suspect, how many torii you have ahead of you.

Sometimes the path gets very dense. But as said above, the paths are broken with smaller shrines, like the one below. For a while, I was following a young couple that stopped at each shrine and performed rituals of showing respect to Inari.

Another small shrine on the path with miniature torii on a small altar. The pictures above and below were taken from the same spot. I just turned around.

Although the path seems to head down, I am still climbing the mountain.

Another shrine, but this time with hundreds of smaller and bigger torii as well as other symbolic tributes. Here the majority of torii were made of stone.

On my way, I crossed two or three sacred places as those on pictures above. Unfortunately, it was already dark. I was able to do only closeups. I think I reversed somewhere in the middle of the mountain.

It is getting darker. Only a shot of the way upstairs (now enhanced to see the perspective).

The walk downstairs was breathtaking. At this hour you barely meet people. As there are a couple of parallel torii paths, and sometimes the way down is, in fact, the way up, I was afraid of getting lost. For more than 20 minutes, it was just me, the torii barely enlightened and the darkness around. If I had not to meet my colleagues at an agreed hour, I would probably go at a slower pace. The photos below were made while standing below a light bulb. I still needed to enhance them. In reality, it was a bit darker inside.

The main torii to the shrine complex. The picture above shows a shrine that is located behind that on the lower one.

As I got down, only one fellow was waiting at the agreed meeting point for us. It turned out, most of our traveling fellowship was too tired to continue and left earlier. We waited, however for another fellow, who like me enjoyed the walk in the dark. With no internet access, she got lost. So if you are there in the evening where it is already dark, stick to the torii pathway. 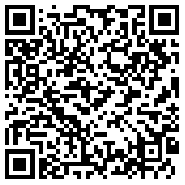