The Panthéon in Paris (not to be confused with the Pantheon in Rome) is one of the places on a must-see list in Paris. The building is relatively new, as it was built in the late XVIII century.

Originally it was thought to be a church devoted to St. Genevieve, commissioned by Louis XV (the great-grandson of Luis XIV) as a votive offering for saving him from illness. It replaced the old church of St. Genevieve. The construction works lasted from 1764 to 1789 and ended just at the outburst of the French Revolution (to be exact, its first wave marked by the demolition of the Bastille). As commonly known, the French Revolution promoted the civil and secular society. Thus, in 1791, the National Constituent Assembly (at this time a sort of revolutionary government in France) decided to convert the newly constructed church into a burial site, a kind of civil temple (a pantheon), for the ‘the great men of the epoch of French liberty.’

Although from this time on, the building was indeed serving as the Panthéon, its secular status was not preserved for long. Till 1885, alongside with political changes in revolutionary France (Republic vs. Empire >>>) it regained twice its sacred status.

In its construction structure, the building resembles a church (it has a cross pattern). The very impressive frescoes depicting scenes of St. Genevieve’s life are still well-preserved. Still, the Panthéon is an entirely secular building now. As you enter and look straight forward at the spot where you would find an altar in a church, instead you see a monument devoted to the National Convention. National Convention was the first French assembly elected in 1792 by a suffrage without distinctions of class. Behind it, there is a fresco called Towards Glory depicting the Napoleonic wars >>>. (Napoleonic wars followed after the First French Republic was converted into the French Empire by Napoleon Bonaparte). In the interiors, you will find some other sculptures depicting scenes of revolutionary France. The actual pantheon, the burial site of famous French, is located below the building in the crypt. The crypt is kept very simple. Most of the burial sites are found in small cells with up to five tombs. Only selected ones are additionally decorated.

Below some photo impressions of this impressive building and its interiors.

The exterior, with the impressive Corinthian columns

The interior of the temple at the ground level 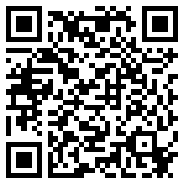