Paris is one of the cities where whenever you come in winter or in summer you have much to do. Much sightseeing indoors and outdoors at light-time. Partying at night-time. Below, some scenes were seen on an evening in Lido, one of the Paris cabarets.

During our last stay there we saw two shows, one in Moulin Rouge and the other one in Lido. In Moulin Rouge, there is a strict ban on making shots. Lido also prohibits photographing, but the rules are not as severe as in Moulin Rouge. I asked for permission to make shots. So here it is, an evening show in a Paris cabaret in a small gallery of pictures.

Lido delivers a great show, but it a bit lighter than that of Moulin Rouge, where besides great bodies and great costumes the show offers two quite dangerous stunts and more acrobatics. In both cabarets, the quests are served champagne (included in the ticket price). Although much nudity is shown, the shows are not too adult for teenagers. 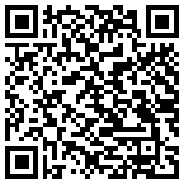