Villa Nova or in Polish Wilanow is one of Warsaw quarters, formerly a village where John III Sobieski (the one who commandeered the battle of Vienna >>>) build his summer residence. The palace, with an extensive park, rebuilt and reconstructed after the war struggles, is still the very center of this part of the city. The park, partly laid out by an architect and partially left in a natural state alongside a lake, is open for visitors for a small fee (around 1 EUR). It is a place where people come to rest and spent time. Like in case of the Warsaw royal castle (>>>), the royal apartments in Wilanow are open for visitors, too. In fact, like in some other royal cities, there used to be a royal route connecting the royal castle with the royal palace. If you want to see the most essential state buildings, representative residences, the most beautiful parks in Warsaw, as well as the royal castle and the royal palace, go alongside the royal route (bus line 116).

The park around the royal palace in Wilanow is known for its winter illuminations, and light and music spectacles. Below some shots done in a late afternoon and early evening on a winter Saturday just before the park and the palace area started to crowd.

The main entrance to the palace. The carriage on the photo below was on my right-hand side.

A carriage with horses leaving the palace alongside the right-hand wing. It is part of the winter decoration.

A close up onto the entrance. At the right-hand side, you can see a horse and a carriage projected onto the palace facade. It is a part of the light and music spectacle. I made this shot during a short rehearsal. During the show, the mappings are much more extensive.

A real eye-catcher is also the winter decorations in the garden. Below some photo impressions. The shots were done before and after sunset. 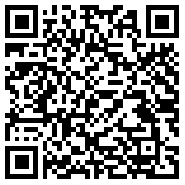