One of the advantages of going on a trip with photographers is that the selection of places to see may depend on the panoramas they want to shoot. So at the end of our trip to Japan, we went to Jogashima Park, located on a volcanic island on the Pacific coast, to shoot a sunset while looking at the mountain Fuji. It was to be the crowning event of our two-week trip to Japan.

Unfortunately, the heat made ocean waters to evaporate and form clouds, so we saw neither the sunset nor the Fuji mountain. But sitting for almost two hours on a rock warmed by the sun, waiting with many other people for Fuji to appear and observing fellow photographers (standing behind me) making their long exposure photos was a very soothing and a closing moment of our intensive trip.

We still have to generate statistics, but for sure we made over 1000 km on trains and around 200 km on foot. Back home, with a bit of a jet lag and experiencing the time difference, I try to gather my thoughts.

Japan turned out to be one of the friendliest countries to spent vacation. Beginning with a very efficient public transport (less expensive than expected if you buy a rail pass for tourists), perfect hygienic conditions (to be frank excellent ones), exciting places to see and very polite people smiling and nodding on every occasion.

The entrance to the Kanazawa railway station. A modern glass and metal building with a 14 meters high entry designed traditional Japanese style.

Kinkaku-Ji, Temple of the Golden Pavilion, a Zen Buddhist temple in Kyoto. Initially built in the XIV century. Was torched however in 1950 by a novice monk. Restored fully in 1955. It is fully covered with a golden leaf coat.

Children just out of school, somewhere in the Tokyo agglomeration. In most cities, children wear uniforms. We saw only one exception. Somewhere high in the mountains, we saw children coming back from school, wearing only similar caps.

The Japanese cuisine (provided that you correctly choose the place to eat) turned to be delicious. But, for a person whose first association with Japan is raw fish and rice, it was, however, a bit unexpected (like rolls with traditional Japanese beef and kimchi inside).

A food stand, one of many. Tokyo. The vendor is wearing a mask. Not that unusual in Japan, however, it is not that widespread as in other Asian countries. Pollution is rather small in Japan, but the Japanese wear them for hygienic purposes.

The newly married couple, posing to a photographer in a bamboo forest in Arashiyama.

Professional geikos in Gion, a geisha district in Kyoto.

A young Japanese woman wearing a yukata hanging charm in one of the Japanese Shinto temples. Shinto is the traditional Japanese religion based on beliefs in deities and their powers. In  Shinto temples or shrines you can buy a charm for almost everything: good fortune, prosperous business, love or successful passing of an exam … This kind of charm on a wooden plate is called ema. A worshiper visiting the shrine can buy a special wooden plate, write a wish on that, and hang on the ema stand. It is believed that the deities listen to those wishes.

Only a few Japanese we met spoke excellent English. It was easy to communicate on simple things – some hand signs and smiling were enough. However, without our colleague fluent in Japanese, we weren’t probably so quick in moving around (thank you, Tomek!).

Some other first impressions on the photos below. It is a selection from a tourist perspective. Those of a day-to-day Japan still to come …

A traditional Japanese house. Belonging instead to a wealthier family. Ordinary houses are simpler ones.

Kenrokuen in Kanazawa, one of the oldest gardens in Japan. Japanese style, of course, >>>.

Taken on a Sunday morning in Ginza >>>, one of the most elegant parts of Tokyo. The density of the world-wide recognized fashion houses represented in the area was very impressive. A square meter of land in the district’s center is worth over ten million yen, making it one of the most expensive real estate markets in Japan.

Taken in Kamikochi, a valley in Hida mountains that is a part of the Chubu-Sangaku National Park. The forests are preserved in a natural state, views are indeed picturesque >>>. Seemingly the mid-may is a time of spring breaks in schools. On the picture young Japanese in school uniforms visiting Kamikochi. Seeing a foreigner on the road, they greeted us with a “hallo”.

A bit different kind of entertainment. One of many Japanese play or game plazas.

Enjoying nightlife in Shinjuku, Tokyo. Shinjuku is told to be one of the major economic hubs in Tokyo. Many companies have a seat there. It is also a place where people go after work to enjoy the nightlife, which means good food, some alcohol, and pachinkos (play plazas). The area gets emptier only after midnight after the last trains depart. Shinjuku is also the location of the biggest train station in Japan.

… and just to close more seriously: a Japanese temple with a pagoda, a wooden model, shot at one of the temples we visited. Temples are usually widespread groups of premises >>> surrounded by Japanese-style gardens >>>. 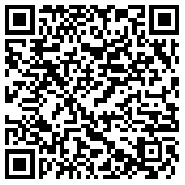