During our two-week stay in New Zealand, we once visited a town that seemed totally deserted. In high season it was popular with surfers. But with a heavy storm on approach, there was not a soul around us. It was like we would have reached the end of the world. The name of the town was Collingwood. The storm was still away. We took a walk. Just a walk around. No plan. No specific idea. No map.

Collingwood seemed a deserted place. A couple of buildings only in the old town center. Many properties for sale. The houses in the main streets had already the best times behind them. Only a few houses seemed to be new or renovated. Street art was a reminder of past times. People in elegant 19th or early 20th-century clothing.

After an hour or so, we have noticed a guidepost pointing out a historic cemetery in half-hour distance. The cemetery was an abandoned place but well-marked and ring fenced. The old graves seemed to befall. But the graves were real storytellers. We read of a man who came to the town but accidentally died in a river. Of a couple who came in the late 19th century and died one after another in the 20s of the 20th century. And finally, of a man who died fulfilling his duties.

It made me realize that New Zealand’s history is not only about Maori and conquest. It is also about the colonists, who, for different reasons, came here with hope but with no return ticket home.

The common knowledge is that the Maori traditionally inhabited new Zealand. But indeed, they were not indigenous to the islands. They came to New Zealand in the 14th century from Polynesia. Through the years, they developed their own culture. But, they were not homogeneous folk. They used to live in smaller or bigger tribes. Some of the quiet and peaceful. And some engaging in conflict and warfare. Their lives have changed with the emergence of western whalers and traders, who sold them guns. They exchange produce but also land for guns. It was still before the regular colonization of the country began. Maori who put their hands on the modern guns haunted and raided Maori, who still had used traditional weapons. You can imagine what the outcome was. Some of the smaller and peaceful tribes came to extinction. This period is called the Musket Wars in the New Zealand history books.

The first who settled in New Zealand were traders and missionaries, who cheaply bought land from the Maori tribes. Later, the New Zealand company appeared on the horizon. As the Maori never before sold land but rather conquered it, the acquisition process was not entirely clear to them.

Some entrepreneurs under the New Zealand Company launched regular colonization of the New Zealand islands. They organized trips for the English who are ready to start a new life in some distant land. For most of those, who looked for a better new life in New Zealand, this was a one-way ticket. But some of the sponsors were indeed not interested in people who could afford to buy land. They were interested in cheap labor building the new economy for them. For some settlers, a new life truly began. For some, it was a lifelong disappointment. Altogether out of 400,000 first colonists, 100,000 left New Zealand in later years.

In the meantime, around 1840, the British government decided to take stronger action. The British Crown treated NZ as their own from the mid-18th century, with the Maori having absolutely no idea about it. Consequently, an agreement between the British Crown and the Maori tribes from the North Island was signed. It was called the Treaty of Waitangi. The Brits called this agreement – the sovereignty agreement. But there was a discrepancy between the English version of the agreement and the Maori text. For the Maori, the agreement was just only about administering lands. The result was New Zealand wars about the land issues with the regular English troops emerging on the islands. The land was no longer bought from the Maori. It was taken from them. The colonization was no longer to stop.

The Maori impoverished pushed to the edge of New Zealand’s society. It took more than 120 years before some contractual clauses of the Treaty of Waitangi were respected. 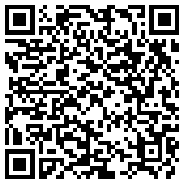